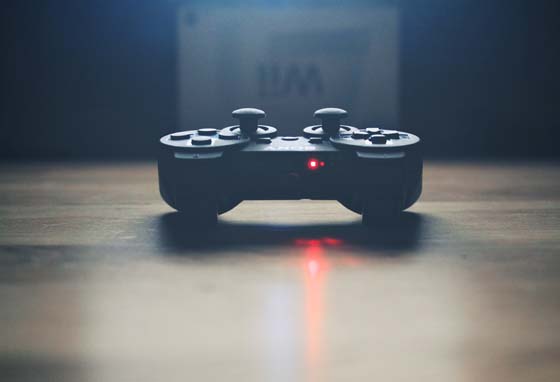 A Look Back at the Best of Gaming’s Hardware and Software (2015 and Beyond!)

By Jonathan White and Josh Smith

The wonderful thing about our gaming hobby (or addiction in some cases) is that, with each new turn of the calendar, we’re presented with enormous options, which is why we have put together this gaming gift guide recap for 2016. It doesn’t matter if you prefer gaming on consoles or PC, every year, whether it’s hardware or game titles, we have hundreds of choices available. This year looks to be no different, but while it’s fun to look forward, sometimes it’s worthwhile to look backwards, too.

With all the new gaming hardware and games on the horizon, there’s an advantage to be had by going back and picking up something you may have missed. Whether it’s because of a sale or because it’s no longer on back order, our gaming gift guide recap for 2015 features items that are all worth your time and money.

Razer Kraken Pro Headset ($79.99)
As is the Razer way, the Kraken Pro headset is comfortable, stylish, and useful. The mic is retractable, allowing you to store it away when not in use and, because it uses a 3.5mm jack instead of a USB connection, the headset is compatible with consoles as well as PC. The 40mm drivers aren’t overly impressive, but the price tag makes this a great deal because the audio they deliver is of great quality. It’s simple to use, the volume adjuster and quick-mute button live on the cable (not the headset itself), and you have a choice of green, black, or white, each as eye-grabbing as the other.

·       Dragon Quest Heroes – Dragon Quest has a unique following here in the USA. There aren’t a lot of these games that come out on our side of the globe, but when they do they’re typically the really good ones – and DQ Heroes continues the trend. This game wound up being one of my biggest surprises on the PS4 this year (and now available on Steam) because of how well it blends RPG style with Dynasty Warriors’ one versus a thousand battle structure. You can also gain monster coins in combat to allow you to summon sentry monsters to hold map points for you while you fight your way through hordes of enemies that all happen to be the most adorable monsters you’ll ever see.

·       Fallout 4 – Not a fan of the Nordic elements? That’s totally understandable. Why not get lost in the post-apocalyptic wastelands of Boston in Fallout 4? After surviving nuclear bombs in a cryogenic fallout shelter, scavenge the wastes in search of your stolen child. Take the loveable German Shepard known as Dogmeat with you on an epic adventure, or swap him out for one of many companions you’ll meet along the way. If that isn’t enough to get you interested, how about crafting a serrated sword that has arcing lightning on the blade and then using it to chop ghouls to kibbles? Yeah, I thought that might be more appealing. Fallout 4 is undoubtedly a welcome addition to the series, and those who might not have liked the previous games will be pleased to know that the shooting feels a lot more standard instead of having to rely on the auto aiming system.

·       The Witcher 3 Wild Hunt – If The Witcher developer CD Projekt Red is anything, they’re ambitious. This game was actually released way back in May, but it’s gotten a bunch of awards including Game of the Year from the Video Game Awards. Add an impressive amount of free content and continuing DLC packs that feel more like an expansion, The Witcher 3 strives to be well worth your money and your time if you’re a fan of action RPGs. Geralt is a man you wish you were, and the kind of man everybody wants to be with.

·       Halo 5 – If you have an Xbox One and don’t have Halo 5: Guardians, you’re missing out on the best multiplayer experience this year. Join Spartan Locke as he searches for the now seemingly rogue Master Chief, and uncover treachery, while maintaining a Spartan’s pledge to uphold honor. Okay, so it’s true Halo 5’s campaign might leave something to be desired, but you’ll be so busy online trying to earn REQ packs that you won’t even care. This is the best shooter available on the Xbox One, and you’re going to want to have it in your library.

·       Just Dance 2016 & Just Dance Disney Party 2
While games for Kinect haven’t been on our radar too often, the two newest in the Just Dance series are perfect for killing some time, getting a littler exercise, or training for the inevitable dance off that breaks out on every campus nationwide. Between the two games you’ll get songs that you’ve heard at the club and some that appear on popular Disney television shows. Granted, you probably haven’t spent much time watching many shows on the Disney channel, but they’re surprisingly catchy and danceable. Even for an overweight guy with no sense of rhythm.

Another Disney installment, I had to borrow my son’s 3DS to play, but was quickly replaced. Gravity Falls Legend of the Gnome Gemulets mimics the show, having players share an adventure with Mable and Dipper, twin siblings. There’s plenty of clean humor to keep young adults entertained, and while it’s not overly difficult, it’s still fun and a great change of pace.

·       Hasbro Family Fun Pack
If you’re skeptical, know that a digitized version of some of you favorite board games is actually a whole lot more fun than it sounds. This pack features Scrabble, Trivial Pursuit Live!, Monopoly Plus, and Risk, but you’ll get various “video game-ified” options to go along with the classic modes you grew up with. Online play adds an extra element, but also allows you to trash to your opponent, as if they were there with you!

·       The Smurfs
You know all about the Smurfs, but on 3DS you’ll experience a number of mini-games that feature the little blue troublemakers. It takes advantage of the 3DS’ capabilities, but is very close to what you’d expect in a mobile game. The great part is that you’re not dealing with microtransactions, making this a great option for when you’ve got a small window to play, or a nice time waster if you’ve got a lot of time to spare.

GAEMS Vanguard Black ($349.99)
It might seem a little too far out of the range for a college student, but in all honesty it might be the best investment you could possibly make for your gaming. Featuring a 19 inch monitor in a sturdy thick plastic shelled case, the Vanguard is excellent for travel and portability. Wanna play some Xbox with your friends? Throw it in your Gaems case and take it with you to their room. Downtime after class and don’t feel like going back to your dorm? Take the Vanguard with you and plug into any available outlet you find.

You will also like: 2016 last minute tech gift guide