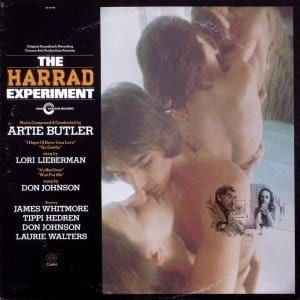 Fred Willard, the 72-year-old actor who appeared in Anchorman: The Legend of Ron Burgundy and Wall-E, can avoid a criminal trial relating to his arrest last week for allegedly engaging in a lewd act at an adult movie theater if he completes a diversion program.

Fred Willard was arrested July 18 at the Tiki Theater in Hollywood after allegedly committing a lewd act while viewing an X-rated film. Willard isn’t shying away from the attention his arrest garnered instead he is offering his critique of the movie.

“Wait til u hear my version; much more PG,” Fred Willard tweeted Monday. “& my review, lousy film, but theater would make a terrific racquetball court.”

At the time of the actor’s arrest, three X-rated films were playing on a continuous loop, including a parody of the Client List and Follow Me 2.

The attorney representing Fred Willard has insisted his client did nothing wrong.

“With all due respect to the individual officer, our belief (is) that Fred did nothing in any violation of any law. We will be working vigorously to clear his name in this matter,” said Paul Takakjian in a statement to the Los Angeles Times.

Fred Willard can avoid a criminal trial if he chooses to complete a diversion program. According to the Los Angeles Times, the diversion program is administered by an outside vendor and costs approximately $380.

“I want to stress this was and is a fileable case, and should the defendant choose not to enroll or not complete the program, we have the option of filing criminal charges within a year,” said Frank Mateljan, spokesman for City Atty. Carmen Trutanich.

“Should he complete the course, we will consider the matter closed,” Mateljan added.

According to city prosecutors, Fred Willard had a previous arrest for lewd conduct dating back to 1990.

The 72-year-old actor was arrested by uniformed vice officers with the Los Angeles Police Department at the Tiki Theater on Santa Monica Boulevard. According to the theater manager, Kazi Jafor, officers have inspected the theater 40 times since November and have made 23 arrests.

Fred Willard was fired by PBS last week from his position as narrator of the new series Market Warriors. PBS noted the case would be a distraction.