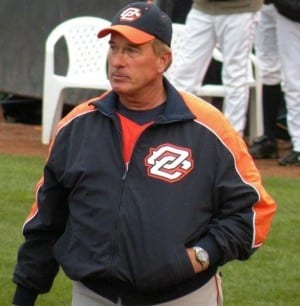 Carter was announced ill last May diagnosed with a brain tumor, shortly after finishing his second season as coach for Palm Beach Atlantic University in West Palm Beach, Florida.
Gary Carter was known for his bubbly personality to fellow players and fans.

Carter’s daughter Kimmy Bloemers released a statement on the family’s website:
“I am deeply saddened to tell you all that my precious dad went to be with Jesus today at 4:10 p.m. This is the most difficult thing I have ever had to write in my entire life but I wanted you all to know.”

Carter had won the Gold Glove three times and was an 11-time All Star. His single in game 6 of the 1986 World Series helped push the Mets to beat the Boston Red Sox.

After his diagnosis in May, the Mets played a highlight reel of Carter’s achievements during games at Citi Field, along with the message, “Our thoughts are with you Gary. From your millions of fan and the New York Mets.”

The Mets released a statement on Thursday that said,” His nickname ‘The Kid’ captured how Gary approached life. He did everything with enthusiasm and with gusto on and off the field. His smile was infectious…He was a Hall of Famer in everything he did.”

Carter began his Major League career in 1974 playing for teams like the Mets, Montreal, Dodgers and the San Francisco Giants. Carter left the League as a player in 1992.