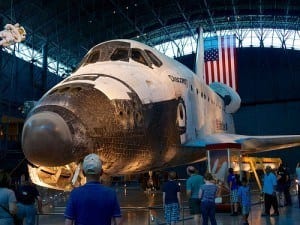 Capt. Alan Poindexter was aboard a watercraft when a separate water scooter piloted by his 26-year-old son, Zachary, collided into the back of his craft.

The former astronaut’s 22-year-old son Samuel was aboard the craft with his father when it was struck. The two were both thrown into the water where a boat picked up Capt. Poindexter and took him to shore. He was conscious and complaining of rib injuries but lost consciousness and was pronounced dead at a nearby hospital.

Capt. Alan Poindexter had been vacationing in Florida’s Panhandle, an area his family has close ties to. The accident occurred in a bay between Pensacola Beach and Gulf Breeze. Capt. Poindexter’s wife, Lisa, is from Gulf Breeze, and Pensacola was the sight of his flight training after college.

No charges have been filed, according to Kirkland, and the medical examiner has yet to determine an exact cause of death.

“He was a passionate, caring and selfless individual who will be missed by all,” said former astronaut Leland Melvin in a statement released by NASA. Melvin served in the astronaut corps with Capt. Alan Poindexter. The two flew together in 2008. Melvin is now an associate administrator for NASA.

Capt. Alan Poindexter joined the astronaut corps in 1998, a decade before he flew his first mission as a pilot aboard Atlantis’ mission to install the Columbus laboratory at the International Space Station.