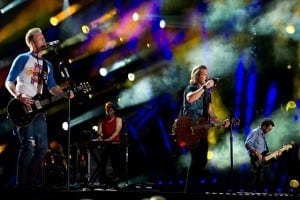 A concert promotions company in Utah is suing country duo, Florida Georgia Line along with their tour manager.

According to a report from The Salt Lake Tribune, Country Explosion LLC has filed a $15 million lawsuit with the US District Court as a result of an alleged breaching of an oral agreement between promoters and road manager, Troy Johnson.

Promoters gave Johnson a $205,000 check for the duo’s performance but asked that he not cash the check for three days. Country Explosion LLC’s lawyer, David Drake wrote, “It was also explained that the reason for the delay was that the check would be covered by box office receipts that would clear within the next 72 hours.”

According to Country Explosion LLC, Johnson allegedly cashed the check the next day, breaching the oral agreement between the two parties causing the check to bounce.

Country Explosion LLC notes that the duo “intentionally misrepresented” that the check had bounced, creating difficulty for the company which is already trying to book acts for next year’s festival.

Promoters are seeking $15 million in damages and asking that the defendants contact everyone on the receiving end of the initial email from Johnson and inform them that the statements made regarding the bounced check were incorrect.

Florida Georgia Line have not publicly made a statement regarding the lawsuit. The duo recently released their latest single, “Dirt” and will be on the road this fall with Jason Aldean and Tyler Farr.