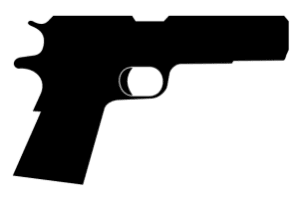 A flight attendant’s gun was accidentally fired at Philly airport

A female flight attendant at Philadelphia International Airport was stopped at security shortly after 7 a.m. when a handgun was found in her purse. The woman and her weapon were detained and the TSA called police.

As a police officer was attempting to remove the bullets from the gun in order to make the weapon safe, he accidentally discharged the gun once. Oops. Luckily, the bullet hit the floor and no one was injured. Although, I’m sure hearing a gunshot at an airport wasn’t the most reassuring sound to hear before boarding a plane.

Naturally, the officer who accidentally fired the weapon in the middle of Philly airport will go back to training on handling weapons.

According to investigators, the flight attendant had a valid gun permit and the weapon was legal. She was issued a ticket for passing through a security checkpoint with a gun.

Apparently the woman had forgotten to take the gun out of her purse before leaving for work. Classic mistake.