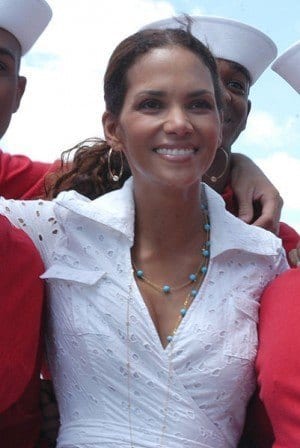 Bringing back the ships and meeting those who fight for U.S. freedom

This year’s celebration of Fleet Week is set for this week, having begun yesterday and to last until May 30th. For the 25th year, Fleet Week will celebrate the birthday of the War of 1812 with the help of activities such as air shows, The Intrepid Air, Sea and Space Museum and ship visitations.

All these Fleet Week activities combined will honor the lives lost during service to the United States.

Fleet Week will be held in New York City’s Times Square, where the U.S. Navy, Marine Corps and Coast Guard will assist in the tribute at the NASDAQ MarketSite.

Also one of Fleet Week’s activities was special guest Katy Perry’s performance last night. She sang wearing an American Flag dress for a group of sailors, and she posted on her Twitter account beforehand: “Sea men dock their vessels in the great city of NYC to experience the land from whence they came. I’m about to give them a show! fleet week.”

Along with Perry were Will Smith and Josh Brolin who greeted the sailors onto the USS Intrepid to help commence the Fleet Week celebration.

Joining in the Fleet Week tribute is Manhattan’s Jewish Center, celebrating and praying for the Jewish casualties in U.S. wars and for active soldiers. The goal of these prayers is to protect the lives of those currently devoted to the military and a ceremony in honor of the lives lost.

Maj. Gen. Sidney Shachnow, a survivor of the Holocaust and U.S. military soldier, spoke of his experiences. “If you’ve been touched by the war, it eats away at you every day,” Shachnow said. The Conference of Young Jewish Presidents organized this Fleet Week event.

More than 6,000 men and women in service are to be aboard the ships that visit New York’s docks during Fleet Week.