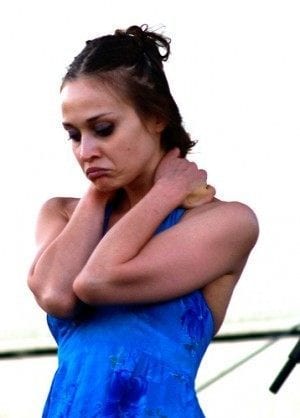 Who has the longest title ever? See below

Fiona Apple draws media attention with the release of her fourth album. It is a 23-word title, The Idler Wheel is wiser than the Driver of the Screw, and Whipping Cords will serve you more than Ropes will ever do.

It’s been 9 years since Fiona Apple released an album. The jazz and alternative rock star won a Grammy award when she was only 19 for her single Criminal, which would debut on her first album Tidal. Another song on that album Sullen Girl, not to dampen the mood, alludes to the trauma Fiona Apple underwent we she was raped at age 12.

When the pawn hits the conflicts he thinks like a king
What he knows throws the blows when he goes to the fight
And he’ll win the whole thing ‘fore he enters the ring
There’s no body to batter when your mind is your might
So when you go solo, you hold your own hand
And remember that depth is the greatest of heights
And if you know where you stand, then you know where to land
And if you fall it won’t matter, cause you’ll know that you’re right

And even still couldn’t top the longest album title in history, Chumbawumba’s The boy bands have won….. (yada yada yada)

Her newest album, which has been pushed back multiples and originally supposed to release in spring 2011, which some speculate was delayed because her label with held its release, is now set to drop in June this year.