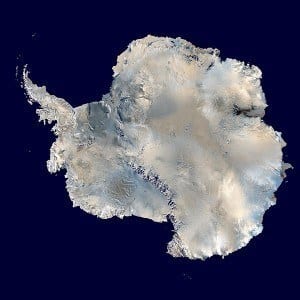 British woman Felicity Aston also first to do so alone

On Monday, Felicity Aston became the first woman to ski alone across Antarctica.  The adventurous 32-year-old from Kent began her journey 59 days before arriving at her endpoint.  She pulled two sledges behind her for the entire 1,084 miles, says the Daily Mail Reporter.

Aston took off from the Leverett Glacier on November 25 of last year.   She arrived at the Hercules Inlet on the Ronne Ice Shelf on January 23.  She made this journey in record time, and also set a new record.  Previously, a team of two made the trip without using machines or kites to pull or propel them.  Aston is the first person who has used the muscles-only method entirely solo.

Even after her exhausting journey has come to a close, she’s not home yet.  Severe weather is preventing a plane from landing to return her to base camp.  Aston has kept in touch with those following her journey by tweeting.  She posted that she is looking forward to “red wine and a hot shower” upon her return.

Prior to her solo adventure, Aston worked as a meteorologist in Antarctica.  Her fearless spirit has helped her lead team expeditions in the Antarctic, the Arctic and Greenland.