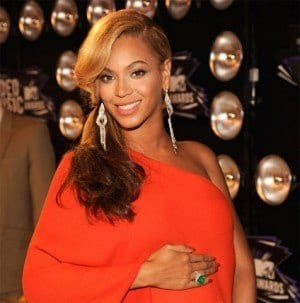 In a track called “Bow Down/ I Been On,” recently released on her website, and apparently a sign of her style to come, Beyonce gratuitously uses the B-word, stirring up some controversy about the otherwise tame Grammy winner.

Beyonce also posted a childhood photo of herself dressed up as a queen and posing in front of a mantle adorned by her various trophies and achievements.  In the first minute or so of the song, and generating the most controversy, she repeats the B-word, or in some instances, Bishes, as she reminds her audience of her total awesomeness.

The song goes on to distort into a different track with what seams to be a chopped and screwed version of her voice.

With performances earlier this year at President Obama’s inauguration and a Super-Bowl half-time show, Beyonce, who is known for breaking demographic boundaries, is showing no signs of slowing down.  The track is produced by Hit Boy, who also worked on Jay-Z and Kanye West’s “Niggas in Paris.”

The track even caused a Twitter frenzy.  Usage of the term “Bow Down” rose by 500,000+ tweets in the last 24 hours, according to Twitter.  There have been more than half a million mentions of the song.

If anything’s for sure, Beyonce is not going away anytime soon.