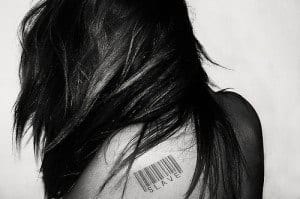 After a 72-hour nationwide operation raiding out pimps, over 105 children were rescued from the hands of sex-traffickers. A majority were ages 13 to 17 with the youngest victim being just 9 years old.

Sex trafficking has been a longtime fight in which authorities have recently brought out of the shadows. Many of these children are extremely vulnerable and come from broken homes, foster care or are even considered runaways. Pimps take advantage of the children’s vulnerability in order to make a profit for themselves. The kids become solely dependent upon their pimp and look to them as a parental figure, filling an empty void.

A majority of these pimps send the children to work at hotels, casinos, street tracks and truck stops. The act spans across all socioeconomic levels and demographics.

Typically, the FBI is not associated with the matter of prostitution, as it is usually handled through state and local authorities. But over the years the FBI has made it a priority through Operation Cross-Country. The program was included in sting operations over 76 U.S. cities and, as a result, arrested 150 pimps nationwide. Of the 150 suspects, 18 were arrested by agents based in Detroit, 17 by agents from San Francisco and 13 by Oklahoma City agents, the FBI said. Thanks to Operation Cross-Country, nearly 1,350 people have been convicted as part of the program and at least 10 of them have been sentenced to life in prison.

This latest sweep was the seventh and largest under Operation Cross-Country.

During a news conference on Monday morning, Ronald Hosko, Assistant Director of the FBI’s criminal division, says child sex trafficking remains “one of the most prevalent, violent and unconscionable crimes in our country.”

“We are trying to take this crime out of the shadows and put a spotlight on it,” Hosko says.