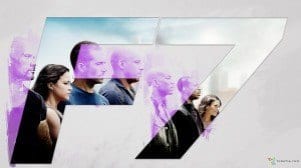 One Last Ride with Paul Walker

The Fast and Furious series has always generated a lot of attention and most definitely, a hefty revenue from ticket sales as well. This particular installment of the series, however, beat out every single one that came before it. I think we can attribute it to the untimely, and terrible saddening passing of Paul Walker. Being an avid fan of the series, I went to see the movie at the earliest possible moment and I absolutely loved it. Things were different than they were in the last few movies, both with the graphics, as well as the story line. Jason Statham was an incredible addition to the cast and the intricacies of the action sequences were direct and edge-of-your-seat entrancing. The only thing that I found a problem with was my own mind. Unfortunately for me, I spent a large majority of the time within the movie attempting to figure out what scenes had been completed by Paul Walkers brothers. As it had been stated following Walker’s passing, the team decided to utilize his brothers, along with some computer graphics and voice overs, in order to complete the remainder of Paul’s scenes. The release of that information had remained within my head until the release of the film and remained highly present during my viewing of the film. Every scene played its course with my mind asking itself if that was Paul or one of his siblings. All-in-all, this movie was incredible and held strong to expectations for ‘One Last Ride’! This is most definitely a must see film for Fast and Furious fans and Paul Walker fans alike. The tribute that they developed and added to the movie was immensely touching and truly did Walker justice. This is a great movie, full of action, emotion, and absolute brotherhood! Check it out TODAY!