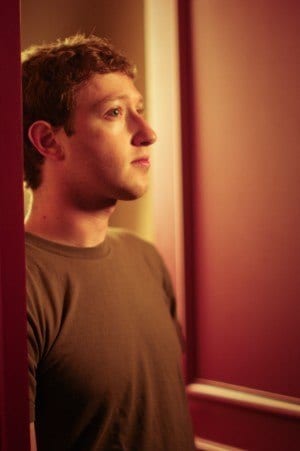 As the number of newcomers to Facebook is slowing, the pressure on Mark Zuckerberg to boost revenue is on. Right now, analysts estimate the company value to sit at $100 billion. The Facebook initial public offering (IPO) will be released Friday, according to the San Francisco Chronicle.

In order to do so, Zuckerberg needs to boost revenue per user. The company relies heavily on ads sitting on the side of the Facebook screen to reel in the money. However, Zuckerberg is nowhere near the desire of renovating to attack users with obnoxious ads, greeting them upon entrance to the site. It all comes down to utilizing the connection between Facebook friends to gain more of an interest in common ads, like clothing stores, for instance.

Because of the quickly increasing number of Facebook mobile users, there is less room for ad revenue. The ads do not show up on the mobile screen, and the knowledge of interests Facebook gets from its users’ e-mails is not quite applicable. So Zuckerberg began using Facebook Offers, which are ads sent directly to users’ news feeds. An additional alternative to the ad-inhibiting mobile is TagTile, another purchase the company made, which offers customers coupons to their usual shopping spots. Meanwhile, Facebook familiarizes itself with customer tastes.

Facebook Payments is a method many users utilize to make purchases of social games by Zynga and others. Peter Vogel, the co-founder of Plink, which owns Burger King and Dunkin’ Donuts said, “Facebook has given very little promotion to credits,” adding,  “There’s only so much Facebook can do in advertising, and the potential of Payments is so untapped right now.”

But Vogel is optimistic about the Facebook credits created by these purchases and thinks that they can be used toward registration with companies like Spotify and Netflix. After Facebook’s purchase of Instagram, these will pose as a major step up.

Payvment is yet another program that attracts business to stores through Facebook. This sets Facebook up for the use of PayPal, through which Facebook will control customer transactions. CNet News deems purchasing PayPal to be quite an audacious move.

“The big elephant in the room is payments,” said Christian Taylor, Payvment’s founder and CEO. But Zuckerberg maintains faith in himself to continue the good work.