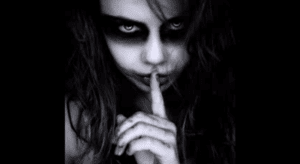 Exposed.su provides interested Internet users with select personal information of a few celebrities and public figures. Using a former Soviet Union domain and pictures on each page that aim to make fun of the persons listed, the website is an obvious hack, but some critics say it’s not a very good one.

Speculation about the exposed.su hackers being from Russia because of the chosen domain name is popular, but the hackers have a whole page devoted to Los Angeles Police Department Chief Charlie Beck.

Beck’s page features a screen capture of a newscast featuring protesters holding signs about law enforcement corruption in the case of Christopher Dorner, who was the target of a high profile manhunt after being fired from the LAPD and promising to murder his former supervisors and their families. Dorner was killed in a shootout with police in February. Why the case would inspire the exposed.su hackers to retaliate by creating an entire page for Beck is unclear.

The credit scores, social security numbers, dates of birth, phone numbers, previous addresses and current addresses of each of the people exposed.su devotes a page are exposed. Michelle Obama’s information is right at the top of the list.

Exposed.su titles its homepage “The Secret Files” and quotes, “If you believe that God makes miracles, you have to wonder if Satan has a few up his sleeve,” in red text over a black background above a picture of a girl that looks like it could come from a horror movie.

However, critics find the aforementioned content and design to be laughable, saying that the actual content delivered really means nothing to the general public.

That hasn’t deterred the FBI from investigating how FBI Director Robert Mueller’s information landed on the site, according to the Justice Department.

A Twitter account supposedly linked to exposed.su posted a message March 11 in Russian, translating to, “Hello world, we are exposed. Our goal is to show you all that this is only one of a few tricks up our sleeves.”