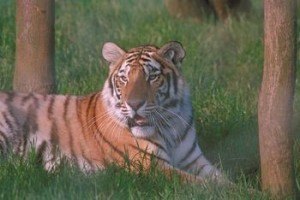 The mystery continues around Terry W. Thompson, the man that released more than 50 exotic animals from his Muskingum County Animal farm and then killed himself on Tuesday night.

As of now, law enforcement officials believe that all but one of the exotic animals has been killed or captured. School districts around the area canceled classes because of the animals roaming around on Tuesday.  Even signs on the highway warned motorists that animals were on the loose.

Ohio is among one of the states in the United States that does not regulate private ownership of dangerous animals. Many citizens of Ohio are fearful because of these relaxed laws. Though some were scared, police are also under scrutiny for not bringing tranquilizers to the farm and just out right shooting the animals.

A photo was recently released of a graphic animal carcass pile-up, leaving some to wonder if law enforcement handled the situation correctly.

While police attempted to solve this mystery, several questions like where Thompson got these animals from and why he would blatantly put them in harm’s way might go un-answered.

To read more: click here or here for the original story.