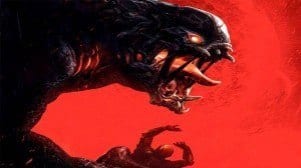 Beta codes for Evolve’s first closed alpha test will be sent out this weekend, so keep an eye out!

Evolve is quickly becoming one of the most hyped games of the year, and with good reason. Turtle Rock has done a wonderful job in keeping gamers engaged through awesome trailers and booths at shows like PAX.

On their Twitter, Evolve developers recently announced that alpha/beta signups were open, and those of you who filled out the form should keep an eye on your inboxes this weekend.

Now live, the alpha access will end on August 3rd–if you didn’t get in for this round, Turtle Rock has confirmed that there will be future tests and betas, so no need to fret. If you do get in, remember to sign and abide by the NDA.

Evole will release on October 21st on PS4, Xbox One, and PC.

Previous ArticleLollapalooza returns to ChicagoNext ArticleGuardians of the Galaxy review