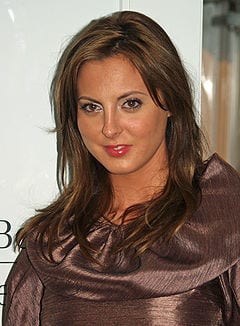 The wedding was hosted by Amurri’s Oscar-winning mother, Sarandon, and Tim Robbins – who helped raise Amurri during his 21-year-long relationship with her mother. The weekend was filled with festivities including a scavenger hunt, cocktail party and casual oyster roast and barbecue rehearsal dinner.

The ceremony was officiated by Sister Helen Prejean – about whom the movie “Dead Man Walking,” starring Sarandon and winning her an Oscar, was made. The ceremony was followed by a black-tie celebration of dinner and dancing and guests reportedly toasted with Perrier Jouet Champagne.

Amurri, 26, wore a dressed made by designer Lela Rose. Sarandon’s dress was also designed by Rose. The groom, 30, wore a Brioni tux.

The pair, who became engaged in December, chose the historic city because the Martino’s parents currently live there.