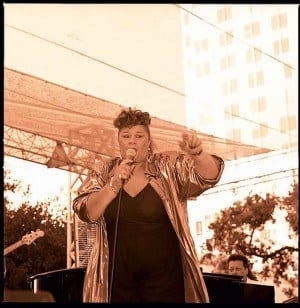 Etta James’ doctor announced that the singer is terminally ill and ask fans for prayers.

Singer Etta James, who has had health problems in recent years, is now terminally ill.

James has cared for Etta James since March of 2010. She has now been placed under 24- hour medical care.

Her manager Lupe De Leon told EW.com, “Etta has a terminal illness. She’s in the final stage of leukemia. She has also been disgnosed with dementia and hepatitis C. She’s in a home right now and mostly sleeps. She is under the care of a live- in doctor from Riverside Community Hospital and two others who have placed her on oxygen. Her husband is with her 24 hours a day and her sons visit regularly. We’re all very sad. We’re just waiting.”

The doctor has been spreading the word about James’ sickness so that people will pray for her.

Etta James, famous for her song, “At Last,” was inducted into the Rock and Roll Hall of Fame in 1993. Rolling Stone magazine named her No. 62 out of 100 Greatest Artists of All Time.