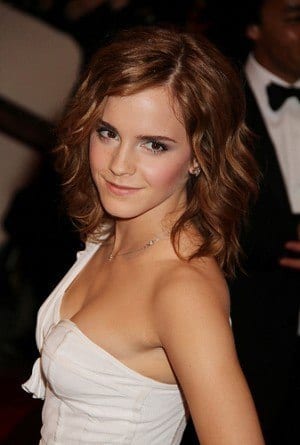 Latina women have also proved dangerous on the web with Selena Gomez, Shakira, Salma Hayak and Sofia Vergara taking the fourth, seventh, ninth and tenth spots. The only male to make the top twenty list this year is late-show host Jimmy Kimmel.

Anyone searching for these celebrities is more prone to malicious software specifically designed to hack passwords and personal information. Accompanying these celeb’s names with the terms “free downloads” and “nude pictures” could put the user at an even higher risk of acquiring a virus.

According to McAfee research, “searching for the latest Emma Watson pictures and downloads yields more than a 12.6 percent chance of landing on a website that has tested positive for online threats such as spyware, adware, spam, phising, viruses and other malware.”

Emma Watson is famously known for her role in the Harry Potter franchise playing the intelligent Hermione Granger in all seven installments. She has recently broken out of that role by starring in feature films including My Week with Marilyn and The Perks of Being a Wallflower.

Searching for pictures of Hermione’s chamber of secrets may not be the best idea for your computer hard drive. The link may in fact be Voldemort in disguise.