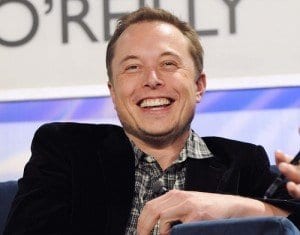 See what record he’s after

You ever wonder what happened to the co-founder of that one site PayPal?

Well he went on to found other ridiculously successful ventures like Tesla Motors and Solar city. Oh, and not to mention he bought a space ship with his company SpaceX which is estimated at a value of $4 billion, yea that’s right, a space ship.

The 40-year-old Elon Musk appeared Tuesday on the Daily Show and discussed his upcoming endeavor of docking the first privately built space craft with the International Space Station. Musk sees the record attempt as a mere stepping stone of what is to come for space exploration,

“The longterm goal of SpaceX is to develop the technology necessary to make life multi-planetary,” Musk told host Jon Stewart on the Daily Show appearance. “So to enable a self-sustaining civilization on Mars.”

The SpaceX flight is unmanned and is set for April 30 when its Falcon 9 rocket plans to launch from Cape Canaveral, and the company’s Dragon capsule will dock to the space station.

As for the company going public, Elon Musk knows it will take a predictable revenue stream in order to do so. When the time is right it’ll happen, “SpaceX doesn’t absolutely need to go public, so it’s best to delay going public until we have a steady stream of launches occurring,” he said. “Late 2013 is the most likely timing.”

Elon Musk admitted he owed much of the SpaceX success to the government de-funding of NASA. He even revealed that he scooped up their employees once they left.

As for the mission, best of luck Elon Musk on a hopeful venture of making the Mars the United States of 1492.