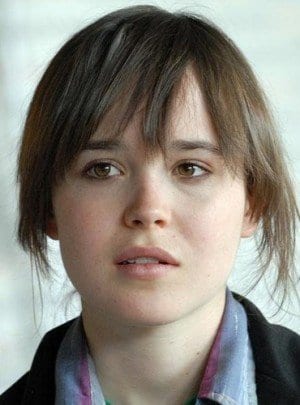 “I’m here today because I am gay.”

Ellen Page, the 26-year-old actress, revealed she was gay at an LGBT conference on Friday. Page stated, “I’m here today because I am gay.”

The actress spoke at Time to Thrive, an LGBT conference for teens. She went on to say that she spoke at the conference because “maybe I can make a difference. To help others have an easier and more hopeful time. Regardless, for me, I feel a personal obligation and social responsibility.”

The crowd gave Ellen Page a standing ovation after her announcement. The Human Rights Campaign acknowledged her “brave decision to live open and authentically.” The “Juno” star stated that she was “tired of hiding. Tired of lying by omission.”

Page revealed that Laverne Cox from “Orange is the New Black” and University of Missouri defensive end Michael Sam were two inspirations that helped her come to her decision to announce on Friday, both of whom recently came out as gay as well.

Ellen Page revealed that society’s standards have definitely affected her. Being in the public eye didn’t help either. Page said, “It’s weird because here I am, an actress, representing – at least in some sense – an industry that places crushing standards on all of us. Not just young people, but everyone. Standards of beauty. Of a good life. Of success. Standards that, I hate to admit, have affected me.”

Page’s decision to come out will hopefully serve as an inspiration to other gay teens.