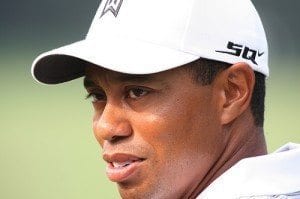 Elin Nordegren split with her billionaire boyfriend, Jamie Dingman, in January, according to a source close to the former supermodel.

Elin Nordegren, 32, is again single as the relationship she carried on with investor Jamie Dingman since last summer ended in January.

Nordegren is the ex-wife of professional golfer Tiger Woods. Their infamous 2010 divorce netted the Swedish-born former supermodel $100 million and was the result of the pro-golfer’s highly-publicized multiple affairs.

According to a friend, the reason for Nordegren’s most-recent breakup is that the mother of two was simply not prepared to take on a serious relationship after her five year marriage to Woods.

“She says Jamie’s a great guy – and they’re still friends – but I think it was just too early after the divorce for her to get serious with anyone.”

Elin Nordegren has enough to think about besides the men she has been associated with. Besides continuing her college education, studying psychology part-time, and overseeing construction of her new Palm Beach, Fla. palatial estate she is also the mother of two children – daughter Sam,4, and son Charlie, 3, with ex-husband Tiger Woods.