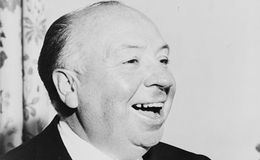 Alfred Hitchcock’s “The White Shadow” is uncovered in New Zealand

An early Alfred Hitchcock movie has been discovered in New Zealand.

The plot of the film is based around twin sisters—one good and one evil. It features “mysterious disappearances, mistaken identity, steamy cabarets, romance, chance meetings, madness and even the transmigration of souls,” according to the New Zealand Film Archive, CNN reported.

“Hitchkock is credited with writing the film as well as being its assistant director, editor, assistant director and art director. Graham Cutts was the director,” CNN reported. “The White Shadow” may be Hitchcock’s earliest work—he was only 24 when the movie was made.

The National Film Preservation Foundation, the New Zealand Film Archive, the Academy of Motion Picture Arts and Sciences, George Eastman House, the Library of Congress, the Museum of Modern Art and UCLA Film & Television Archive will work to restore the three movie reels that were found.

“This is one of the most significant developments in memory for scholars, critics, and admirers of Hitchcock’s extraordinary body of work,” David Sterritt, author of “The Films of Alfred Hitchcock,” said in a statement. “These first three reels of ‘The White Shadow’ – more than half the film – offer a priceless opportunity to study his visual and narrative ideas when they were first taking shape.”

Read more about the discovery of “The White Shadow” here.