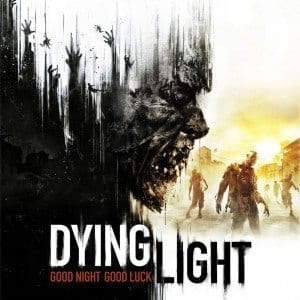 We’re in the midst of a zombie obsession, one that’s invaded television, movies, and especially video games. After some delays Dying Light is upon us, savagely clawing at our faces and biting at our necks. If you’re not careful, the infection will set in and then all hope will be lost. You’re one of “them,” an obsessed zombie hunter with a love of crazy weapons and countless references to other pop culture hits.

It’s really a tale of two experiences from top to bottom though, but surprisingly there’s not much to get discouraged by, but Dying Light is not without fault. The heads and tails of the game can be defined by the story, the parkour, and how you choose to play it. If you wander in expecting an entirely serious, end-of-the-world experience, you’ll be disappointed. That’s not to say that the game isn’t fun or entertaining though, far from it.

Set in fictional Harran, the city has been quarantined due to the outbreak of undead, which are thankfully referred to as “zombies” for the most part, and not some made-up word meaning the same thing. You play Kyle Crane, member of the governmental organization GRE, tasked with infiltrating the city to track down some intel that would be particularly damaging if it were to be released publicly.

Crane’s interactions with certain characters makes it clear that the narrative is trying to create personal relationships, but it falls short of that. Emotional bonds aren’t very strong and the most passionate you’ll feel during the game is when you meet the antagonist. Rais seems like he’s modeled after Far Cry 3’s own Vaas, but instead of being charismatic and unhinged, you’ll look at Rais with a simple, “This guy just needs to die,” attitude. Thankfully Crane says a lot of the things that we would say ourselves. Rather than some ridiculous commentary, Crane drops curse words and threats like you’d expect.

The parkour, a technology that developer Techland researched and invested heavily in, is fantastic when you’re free-running through the streets of Harran. As long as you’re paying attention to where you’re jumping, leaping over cars, up walls, and from roof to roof, you’ll enjoy the transition. It’s not entirely fluid and seamless, because that’s not realistic but if you’ve seen real parkour, Dying Light gets it spot on.

The downside of the parkour is the forced platform sequences, when you have to climb enormous towers or scale half-made scaffolding on the side of buildings. Often you’ll find that you have to slow yourself down in order to ensure balance, defeating the purpose of the parkour altogether. There’s a remedy to that, the Just Cause-like grappling hook, but during the sequences in question, the hook isn’t available for use.

Finally the overall gameplay experience is entirely different in solo play as opposed to co-op. Alone, you’ll approach the zombies carefully, intent on attacking as few as possible to avoid being hit, which is far stronger than in other zombie games. As you gain experience in agility, strength, or survival, you’ll choose perks and abilities that complement your lone wolf gameplay.

Co-op, on the other hand, can simply be described as “all out hack and slash fun.” You and up to three friends don’t need to worry about evading small hordes of zombies, because there’s strength in numbers. In late stages of the game you’ll approach a pack of a dozen or more of the undead and slice your way through them with ease, and it’s a wonderful feeling.

There is one caveat though, and that’s the night. When it’s dark out, whether you’re alone or with friends, it’s terrifying. Zombies are faster and stronger, and new species will appear, turning your typical gorefest into something more stealthy. Or, you know, you’ll die.

All in all, Dying Light is massive. There are dozens of side missions, easter eggs, and weapons that can be modified to add fire, electricity, and other effects. You’ll become comfortable with the elevation, because it’s safer, and you’ll begin to understand when it’s safe to make noise versus using stealth to your advantage. Even when you’re powered up and wielding amazing weapons, there’s still always a possibility that you get caught unaware. The parkour is smooth and realistic, as is the combat, which is great because decapitating zombies will never get old. Dying Light is a game that’s less serious than advertised, but where the story lacks, the side missions and exploration make up for it.