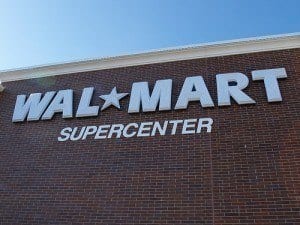 Walmart is moving Black Friday to an earlier time on Thanksgiving

Walmart has decided to start earlier than usual on Black Friday. Last year, Walmart opened its doors to customers around 10 p.m. This year, that time has moved to 8 p.m. This means people will be lined up at the doors long before 8 o’clock. If you really want those hot deals, you’re going to have to arrive around 4 or 5 on Thanksgiving day.

According to the National Retail Federation, holiday spending is expected to jump 4.1 percent, causing retailers such as Walmart and Sears to brainstorm new ways of getting customers into their stores.

This year, Walmart guarantees shoppers three wish list items if they are in line between 10 and 11 p.m. These items include the 16GB Apple iPad2, a 32-inch Emerson LCD TV and an LG Blu-Ray player.

With Walmart being a large Black Friday sales leader, this may influence other retailers to capitalize on the early start this holiday shopping season.

However, according to editor-in-chief of dealnews.com, Dan de Grandpre, “Walmart has been the leader for seven or eight years. At this point, it’s too late for other stores to play catch-up. Most [other retailers] already have their schedules scoped out, and it’s difficult for a large chain to schedule overtime [for workers] on such short notice. With Walmart, you see what’s going to be more typical next year.”

Make sure this year during Thanksgiving, you inhale your meal so you can go spend 8 hours at Walmart. Because there’s nothing like standing in an absurdly long line to buy that super cheap TV on a day to be thankful for what you already have.