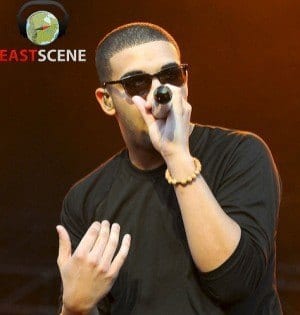 Drake’s highly anticipated follow-up to “Take Care” and “Thank Me Later” has recently leaked online sites. The album is set to release September 24 but has become available via illegal websites and multiple links on Twitter. Since breaking out in 2009 with “Best I Ever Had,” Drake’s musical style has been praised and prodded for his lack of “street cred,” citing his lavish lifestyle as a teen actor in Canada’s teen soap, DeGrassi: The Next Generation. “Started from the bottom/now we’re here” has become a questionable lyrical choice for Drake but this has not deterred his continuing rise to Hip-Hop Hall of Fame. As a warning to all who are waiting to listening to “Nothing Was The Same,” there are spoilers scattered throughout.

Despite the mixed emotions, Drake’s journey to his now third album with Cash Money Records/Universal Motown has been an arduous one, remaining unsigned for almost three years before releasing “Best I Ever Had” and reaching number two on the Billboard Hot R&B/Hip-Hop Songs Chart. After a fight to the top with virtually no representation, every record label was then salivating over the fresh and innovative Hip-Hop artist.

On the cusp of “Nothing Was The Same” release, the leaked tracks have already received the expected hesitation from listeners. The hash tag #Nothingwasthesame has flooded Twitter with pre-release reviews and includes full reviews from heavy hitting music guru’s. For most, the album appears to be a revitalized Drake, which includes the classic addictive samplings with lyrical ballads ranging from heartbreak to prices of fame. Notable tracks have been collaborations with Hip-Hop leader, Jay-Z but none with Lil’ Wayne. Perhaps this is his breakout from the protective arms of his famed mentor.

This is a true test for Drake, as his previously over-glamorized albums have been greatly supported by major Hip-Hop moguls, this will demonstrate if he is a true addition to the long-standing much-admired Hip-Hop artists or another one hit wonder that will come and go as quickly as his famed motto, “YOLO.”

For everyone scouring the Internet for the link, it is achievable, however I am not condoning illegal downloading by any means.

“Nothing Was The Same” is set to release September 24 and is available for pre-order on iTunes.