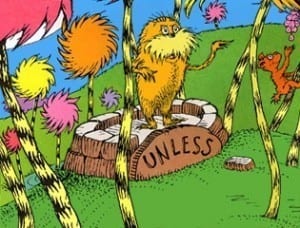 Author of over 40 children’s book is remembered today

Dr. Seuss, the author of some one the worlds weirdest, though most beloved, children’s books would have turned 108 today.

Dr. Seuss, or Theodor Seuss Geisel, who passed away in 1991, has recently been remembered in the release of the film adaptation of “The Lorax”, but those of an older generation remember Dr. Seuss’s strange ways of teaching us life lessons through tongue-twisting rhymes and imaginary lands. “Horton Hears a Who” was about anti-isolationist, “The Lorax” was about environmental conservation, “The Sneetches” commented on racism, “Yertle the Turtle” was inspired by Hitler’s rise to power, and “Oh, The Places You Will Go” told children about the bumpy road that is life.

Dr. Seuss didn’t start out as a children’s book writer, he was more like Don Draper in his youth; he wrote political cartoons and came up with the pitch for Flit insecticide, the Huffington Post notes. He also didn’t choose his pen name specifically for writing children’s books; in 1925, the time of Prohibition, Dr. Seuss was caught drinking and was punished by being forced to stop his extracurricular activities, which included his position as editor-in-chief at a student magazine. In order to continue writing, he used a variety of pen names including Dr. Seuss and Theo LeSieg (Geisel spelled backwards).

The king of strange was known to keep his editors on their toes by slipping un-PG words into manuscripts. “According to “Dr. Seuss & Mr. Geisel” by Judith and Neil Morgan, the first version of “Hop on Pop” Geisel submitted to his publisher had the word “contraceptive” included in a line of verse,” said the Huffington Post.

Though Dr. Seuss is no longer with us, his words will forever inspire and amuse kids and adults alike. When asked how he felt about nonsense, Dr. Seuss replied, “I like nonsense, it wakes up the brain cells. Fantasy is a necessary ingredient in living; it’s a way of looking at life through the wrong end of a telescope. Which is what I do, and that enables you to laugh at life’s realities.”