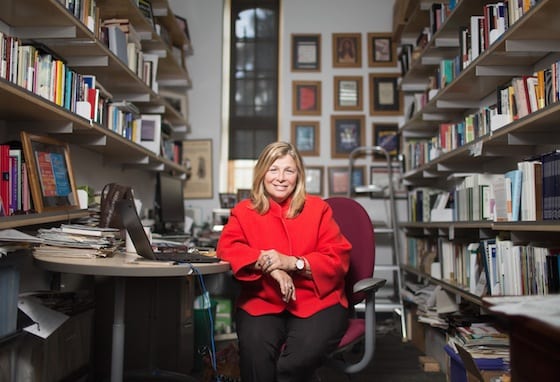 Sharing her expertise on relationships, Dr. Pepper Schwartz speaks with College News about a relationship study by AVVO at such an appropriate time of year as spring is the season for love. She is best known as the co-host of a unique and top rated show Married At First Sight, as well as the author of 25 books on the subject of love and relationships. Now a new study from AVVO, a legal service market place, reveals how attitudes about marriage and relationships are changing.

“rel=”nofollow”I think the question of the permanence of marriage is more of a hope than a belief these days. We are in flux I think as a nation.”

In our modern world, relationships are constantly changing with internet dating sites, marriage and divorce. College News spoke to Dr. Pepper Schwartz about the progressive attitudes on what people consider a good relationship commitment and a good relationship style. She presents the fascinating findings in a new AVVO relationship study that provides interesting and often surprising insight about the way people feel about relationships. She also tells us a bit about her outrageous and unique show Married At First Sight and fills us in on the complex legalities behind marriage and divorce and how AVVO can help provide you with the legal advice that you need.

College News: Dr. Schwartz why is AVVO involved in conducting a research project about relationships?

Dr. Pepper Schwartz: AVVO is a site that offers legal help on demand in many categories but one of the major categories is domestic, such as separations, divorces, prenuptials, and family planning. These are situations where couples either coming into a relationship or out of one need help, and it’s hard to provide that kind of help if you don’t know your customer. What is marriage these days? How are men different from one another on these issues? What’s happening with dating? What do people feel about fidelity these days? How does money affect it? I mean, there are all kinds of issues that AVVO needs to know to be able to serve people better. So they did this large national study which I’ve consulted on, and I’m happy to bring to the public some of those findings.

CN: What are some of the highlights from the AVVO relationship study?

Dr. S: Well the good news is that most people who are in relationships are happy! Two-thirds of women and three-fourths of men are very happy in their relationships. Women have a few more things that they carp about than men do, but in general that is good news. I think the most interesting thing to me in the study was that a full 42 percent of people felt that marriage might be outmoded and were willing to consider other ways of being in relationships. Unlike previous decades where people felt everyone had to be in a relationship. Only about a quarter of the AVVO study felt that was important. So there is a lot more leeway and a lot more liberality taking people in. There’s been a five percent change in favor of gay marriage, even in one year and the majority of people around the county do believe in gay marriage. Except it is a little softer in the south, with only about 40 percent or so in favor of it. But I think the attitudes of who should be married and whether they are same sex or not has changed. I think the question of the permanence of marriage is more of a hope than a belief these days as 85 percent of people want marriage to last, but a lot of people are prepared for that not to be the case. We are in flux I think as a nation.

CN: Your show Married at First Sight is one of the most unique shows on television. Could you tell us about it and why it’s so popular?

Dr. S: It is an outrageous concept to begin with. We take the experts, there are three of us this season. We take the people who have applied, more than 35,000 people have, to be married to someone who is a perfect stranger to them. They meet at the altar, they get married, and then we follow them and say – go on their honeymoon, when they move in together and follow their daily life. I think people are interested in how people manage once there is a commitment in place. How do they make that commitment real? How do they get to know each other? How do they solve problems? And how do they – we hope – fall in love?

CN: What else does the study show about attitudes toward marriage, family planning and divorce?

Dr. S: I think one of the things that we have learned is that while people want marriage they are not at all to shy or to conventional to avoid it these days. We do have almost a 50 percent divorce rate depending on what part of the country we are talking about, and we found that women in particular are not afraid of being alone and don’t feel it’s stigmatizing. Very few people now feel that divorce is a sin, only one and ten, and that tends to go with more religiosity in general. People who attend a religious institution are much more likely to put marriage in the forefront rather than just a relationship. But I think we are seeing that people are getting more comfortable with online dating. They are waiting later to get married. There’s a lot of cohabitation and there is just more of a spread on what people think is a good relationship commitment and a good relationship style.

Dr. S: What is interesting is that gay marriage has only been legal for a few years so we really don’t have any good statistics on divorces, on the other hand, we are getting gay marriage divorces. I have certainly talked to people where they are surprised about what it takes to get divorced. I have worked with several couples where they are shocked and are like – “oh my gosh! this legal institution isn’t just about declaring your love to the world.” It has economic costs and there are all kinds of things that could happen when people who were each other’s closet turn into somewhat oppositional to greatly oppositional. Then they find that they need legal help. They need to even know what the law is, what their rights are and whether they can do mediation versus going down the rat hole of a protective battle. That’s why AVVO did this study to help acquaint people with the fact that there are professional lawyers out there that could be consulted for a fixed fee, for not much money, to find out what the legal implications are of the relationship. For more information, you go to www.avvo.com – AVVO, to see the whole study and also to see the free advice that lawyers give people with domestic issues.

Previous ArticleHave a healthy financial life while in collegeNext ArticleDeck out your Dorm Room with cool products from Lava® lamp!