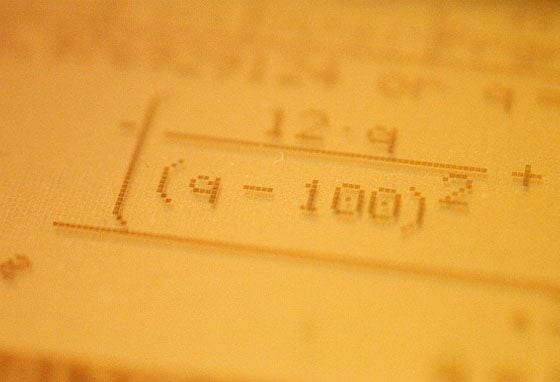 Is China leaving America in the dust academically?

Is China really leaving America in the dust, academically? I see so many articles and Facebook posts about how low American students’ and schools’ scores are by comparison and how it’s vital that we emulate Asian teaching and learning techniques before we’re consigned to the dustbin of history and relevance. Well, I’ve been working with Korean and Chinese children for years and, while there may be something to these claims, I really wouldn’t worry too much about it.

First of all, the whole “We’re losing ground” claims imply that we used to have an edge on the rest of the world and suddenly we’re losing it. I’m pretty sure that’s never been the case. Historically, America’s greatest scientists have never been home-grown. Einstein, Fermi, Tesla, von Braun and Teller were all born in 19th Century Europe. The sharpest minds in America, from Edison to Bill Gates, didn’t invent stuff so much as repackage other people’s ideas in clever money-making ways. We still do it. We were never on the cutting edge of the hard sciences, but have always been better at making a buck off of it than the people who were.

Secondly, the Chinese don’t have some kind of genetic superior intelligence. The test scores that imply otherwise are subject to some statistical sleight-of-hand; SLATE once ran a story describing how China compiles its scores differently from other countries. Beijing, Shanghai and Hong Kong are all listed as separate countries in these rankings, although the listing for “China” includes the scores of these cities as well. If you were to list Greenwich Connecticut, Fairfax County Virginia and Scarsdale New York as separate countries, I bet the US would look a lot better in these rankings too. What China has as a driving force is the Confucian work ethic, which values learning for its own sake. Compare this to America’s Protestant Work Ethic, which values a big paycheck over scholastic achievement.

Asian kids are pushed towards success by demanding parents. I’d be more outraged about this situation if my paycheck didn’t depend on it. A lot of Asian parents go to extraordinary lengths to get their kids into American Ivy League schools. But if this were truly a case of “China smart, America dumb,” wouldn’t all the prestigious schools be in Asia, and wouldn’t wealthy, achievement-obsessed American parents be funneling their kids to Tokyo and Shanghai? That isn’t happening. A surprising number of Americans go to medical school at Shandong University in Jinan, but–and I say this delicately–it’s seldom their first choice.

East Asia has some great colleges and universities, and they have a lot of bright, hard-working students. Why aren’t the schools more prestigious? I have heard that they are hobbled by grade inflation. And before anybody leads a crusade to clean up this sorry state of affairs, consider that without grade inflation, not only would a lot of these schools go out of business, but the local student suicide rate–already scandalously high–would probably triple, so let’s not rush into any solution that might be worse than the problem.

If China were so much smarter than America, I’d expect them to have jet packs and flying cars at this point in their development. What they actually have is a plurality of tables and chairs with one leg too long or too short. Every chair and desk wobbles. This isn’t the mark of a technologically advanced nation; it’s the mark of one that measures once and cuts twice, often. Their cars used to do the same, but they fixed it with an ingenious solution: Most Chinese-made and -designed cars have three wheels.

China has come so far in the past thirty years. They have a large and growing middle class that simply didn’t exist a generation ago. It can look a little threatening. But they still have a ways to go, and the best of their best young minds mostly want to come to America and make the big bucks. Of all the ways this can play out, the likeliest is that we’ll hire their best geniuses to come over and make American shareholders richer. And isn’t that how we’ve always played it anyway?