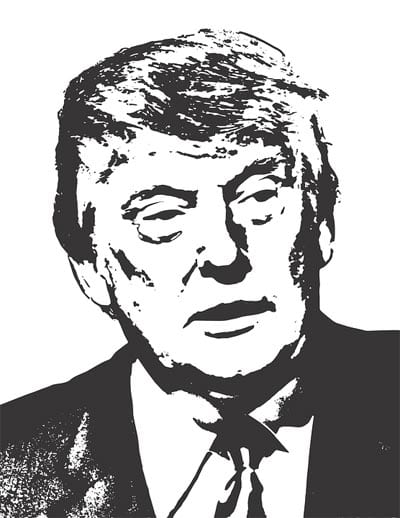 What many experts thought couldn’t happen, has indeed happened; Donald Trump will be the new president of the United States. One of the closest elections since 2000—and certainly one of the most entertaining presidential campaigns of our lifetime—has concluded with scandal-prone Hillary Clinton losing the race for president against Trump. Clinton was close to setting a historical precedent by becoming the first woman elected US president. It was a hard-fought campaign for Clinton, who battled rumors about her health and allegations over her emails. However, in the end, Trump will be moving into the White House.

Relief and despair alike washed over many Americans as the xenophobic businessman/reality-star and his former nude-model spouse, Melania Trump, begin relocation to 1600 Pennsylvania Avenue before moving into the White House. Clinton will not fulfill her lifetime aspiration of being the president of the United States as many had expected. A key reason for her loss was the underestimation of the rural vote. It would be very gracious on Trump’s part if the Clinton’s would be permitted a visit during his presidency to their former home, considering the vicious campaign ads that ran this election cycle on both sides.
Trump supporters are hoping that he lives up to his promise of creating a better economy, taking a hard stance on immigration and ensuring America has tougher foreign policy. These policies clearly resonated with white, male, non-college graduates showing in record numbers not seen since Ronald Reagan.

This historical moment in American history that saw Trump become president-elect, feels like a step backwards in the eyes of many Latinos, who showed up in record numbers to vote. This is one of the most important presidential elections in recent years as the winner could potentially shape the Supreme Court for generations. Websites like realclearpolitics.com had incorrectly predicted a Clinton win. However, she was unable to win the most electoral college votes as African-American voters didn’t show up in the same numbers that they did for Barack Obama. This lead to losses in key battleground states such as North Carolina, Florida and Ohio. Even more surprising, was that even with the endorsement of President Obama and the support of many high-profile celebrities such as Jay Z and Beyoncé, Clinton still could not win the election.
Trump, whom during his campaign insulted minorities, women and Islam, tapped into the anger of many Americans. He undoubtedly benefited from the Clinton’s’ unsavory reputation, synonymous with scandal and illegal behavior over the years. It is quite likely that the Democratic Party is regretting its decision to run Clinton as opposed to the more popular Joe Biden. Perhaps Clinton may regret overlooking New Jersey senator, Cory Booker, as a running mate considering the low African-American turn out.

Trump’s victory has already sent the stock market into a panic. Clinton, whom was associated with stability and considered good for the market, could be evidence of how sexist our country is according to some celebrities like Alyssa Milano on Twitter. Regardless, the power of democracy showed that the people refused to be hoodwinked by the corporate cabal that the Clinton’s seem to represent. Never in the history of American politics has a presidential candidate made such inflammatory comments and alienated so many groups of people and managed to win the presidency. This doesn’t reflect on Trump’s greatness, but instead shows making Hillary Clinton the Democratic nominee a poor choice. In key Senate races, Democratic senator, Tammy Duckworth, defeated Republican incumbent Mark Kirk becoming the new senator of Illinois. Kirk quickly conceded and invited Duckworth to his traditional Beer Summit in Chicago. Republican Marco Rubio kept his Senate seat in Florida while Kamala Harris made history becoming the first black politician to represent California in the Senate. She also became the second black woman elected to the Senate, the first being Democrat Carol Moseley Braun of Illinois in 1993. Democrat Catherine Cortez Masto of Nevada became the first Latina in the Senate replacing retiring Democrat Senator Harry Reid.
However, even with those historical moment for Democrats, it didn’t stop the Senate and the House (as expected) from being Republican controlled.

Recap the early days: The Biggest Winners and Losers: Round 2 of the Republican Presidential Debate