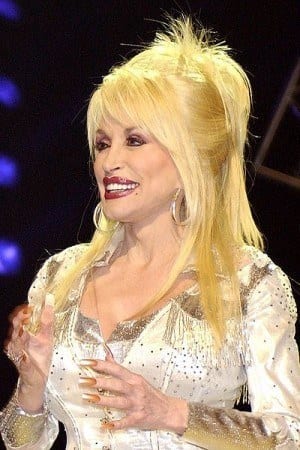 Jennifer Hudson sang “I Will Always Love You,” a song originally written and performed by Dolly Parton but made famous by Whitney Houston.

The song helped launch Houston’s movie soundtrack for “The Bodyguard” to one of the top selling albums of all time.

Dolly Parton said in a statement that she will always be grateful for the wonderful performance Whitney Houston did on her song, adding, “I can truly say from the bottom of my heart, ‘Whitney, I will always love you. You will be missed.’”

Dolly Parton thanked Whitney Houston at the 1994 Grammys for making her song so popular. She joked that when she wrote it she had a heartache, and it was amazing how healing money can be. Now Dolly is remembering her friend in the song they shared.

Dolly Parton originally wrote the song for her partner Porter Wagoner as their business relationship came to an end.