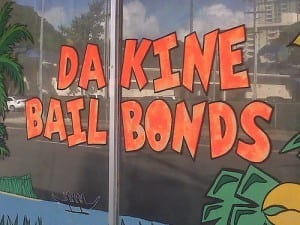 Dog the Bounty Hunter will have to bust criminals without cameras recording his every move as A&E has elected to not renew the series after its eighth season.

Dog the Bounty Hunter, whose real name is Duane Chapman, has been a mainstay on the A&E cable network since the show was first picked up in 2004. The eighth and final season will begin in June.

The program features Chapman, his business partner and wife, Beth; his sons, Duane Lee and Leland; Tim “Youngblood” Chapman; and his daughter, “Baby” Lyssa, as bounty hunters that track and apprehend wanted fugitives.

A&E first introduced Dog the Bounty Hunter on an episode of the reality series “Take This Job” where Duane Chapman was depicted tracking fugitives across Colorado and Hawaii.

In recent years, Dog the Bounty Hunter has generated plenty of controversy for the A&E network, though no associations have been drawn between incidents involving the program and its cancellation.

In 2007, the show was suspended following the release of an audio tape in which Duane Chapman was heard repeatedly using a racial slur to describe his son’s black girlfriend. Chapman made a public apology after that incident and the program resumed early in 2008.

In 2010, Chapman and his crew were sued for defamation by a man he arrested in Colorado in 2009. Hoang Minh Phung Nguyen alleged that Chapman falsely claimed that Nguyen had shot at him, resulting in Nguyen’s arrest for suspicion of attempted murder and menacing. Charges were not filed in the original case. Nguyen claimed that Chapman had edited the footage on the show to make it appear as if [Nguyen] had shot at him. The defamation case entered mediation in March 2011, according to the Colorado Springs Gazette.

In 2011, both Chapman sons Leland and Duane Lee quit the show and severed ties with their family.