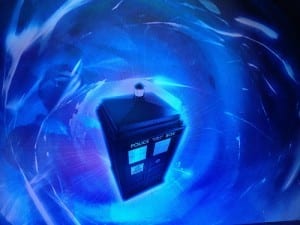 The Tardis will be hosting a new Doctor next season

Doctor Who, everyone’s favorite Time Lord, will be finding itself with the newest incarnation of the doctor after the 50th anniversary episode. Matt Smith, the current Doctor Who, has held the eponymous role for the past three years, but announced that he would be leaving the show at the end of this year.

Matt Smith noted that playing Doctor Who had been an honor, saying, “Doctor Who” has been the most brilliant experience for me as an actor and a bloke, and that largely is down to the cast, crew and fans of the show.”

“Doctor Who” is the world’s longest running science-fiction program and Matt Smith was the eleventh person to play the famed doctor. The series premiered on the BBC in 1963 and ran intermittently throughout the years. “Doctor Who” was revived in 2005 to spectacular acclaim and popularity and despite Matt Smith’s exit, shows no signs of slowing down.

Speculation is running rampant as to who will be the next Doctor Who, but executive producer Steven Moffat is remaining mum for the time being. All sorts of names have been thrown into the ring to take over the role of Doctor Who, including Idris Elba (he’d be the first black incarnation), Rupert Grint (random, just because he was in an insanely successful franchise about a wizard doesn’t mean he is “Doctor Who” material) and even Dame Helen Mirren.

Another “Doctor Who” insider notes that Moffat probably has some tricks up his sleeve. “If you look at the history of the things he’s done, nobody but Moffat would have cast Benedict Cumberbatch as Sherlock Holmes or Matt Smith as Doctor Who. The only thing you can expect is the unexpected.”

Regardless, whoever is cast as Doctor Who will have some big shoes to fill. It isn’t easy to play a 900-year old time-traveling alien out to save humanity.