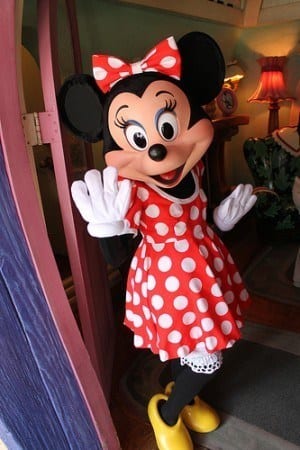 Disney favorites have been put on a diet for the runway, giving a whole new meaning to the term ‘Skinny Minnie’

The beloved Disney characters like Mickey, Minnie and Goofy are all slimming down for a Barney’s ad campaign.

These cartoon favorites have never been considered what many would call “skinny.” However, that’s all about to change. Barney’s New York is collaborating with Disney to give the iconic figures a makeover for Electric Holiday, an ad campaign.

This campaign is composed of a 3D film in which the significantly skinnier characters head to Paris for fashion week. This moving art short film will display in the windows of the Madison Avenue store.

The designers offering up their high-end clothing for the Disney crew are Lanvin, Dolce & Gabbana and Balmain. Who knew Goofy could pull off Balmain? However, the human hands may be a bit much.

Of course these changes are creating controversy over how this adjustment will affect the children who are so used to seeing a more normal body type on their Disney friends.

Many are looking towards Miss Piggy, a fictional children’s character who has repeatedly been a fashion icon. Styleite points out, “that pig didn’t have to go on a diet” to look fabulous in Louis Vuitton or Zac Posen. Her body is celebrated the way it is.

Dennis Freedman, Barneys creative director, said “The standard Minnie Mouse will not look so good in a Lanvin dress. If we’re going to make this work, we have to have a 5-foot-11 Minnie.”

Although the appearance of these Disney characters rarely change, he felt their typical round-like physiques wouldn’t do the couture brands justice.

There will also be exclusive Disney-themed designer objects available in store.