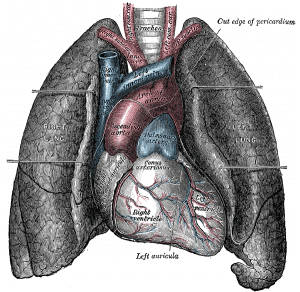 Dead for 40 minutes—usually there’s no coming back from that. However, new state-of-the-art technology being implemented at a hospital in Australia has made it possible for patients who’ve been clinically dead for 40 minutes to be brought back to life.

Colin Fiedler, 39, had a heart attack last June and was pronounced clinically dead for 40 minutes. Luckily for Fiedler, he was still conscious when the ambulance arrived. The paramedics gave him the choice of being treated between two different hospitals, and he chose the Alfred Hospital, a choice that eventually saved his life.

Fiedler told reporters, “For some reason, I said The Alfred, which is pretty lucky, because they are the only one that has it.”

Melbourne’s Alfred Hospital is the only hospital in the world currently testing two machines that can revive patients who’ve been dead for 40 minutes. The AutoPulse is a mechanical CPR machine that performs continuous chest compressions, and the hospital combines this technology with a heart-lung machine that transmits blood and oxygen through the body. As the machines are performing these groundbreaking tasks, it limits the risk of permanent disability that occurs when the brain doesn’t receive enough oxygen and gives doctors time to pinpoint the origin of the heart attack

So far, three patients were revived without injury after having been dead for 40 minutes. Doctors at Alfred Hospital hope to implement the technology throughout the city as soon as the clinical trials are finished.

As for Fiedler, he returned home without disability, stating, “I’m so grateful, more than I could ever say.”