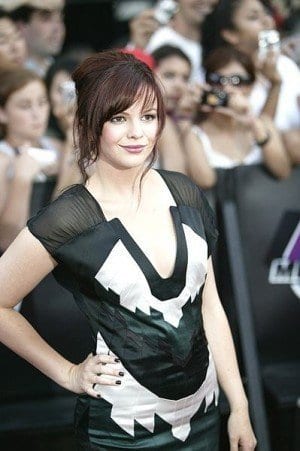 The couple tied the knot Oct. 6

David Cross and Amber Tamblyn said “I do” at their under the radar Saturday, Oct. 6 wedding. The couple, who engaged in 2011, planned an intimate gathering for their nuptials.

While most in the media talk about their nearly two-decade age difference, Amber Tamblyn, 29, and David Cross, 48, have been together for nearly four years. Despite the people’s uncertainties of their difference in ages, the couple is happier than ever in their wedding bliss.

Although most details of their wedding’s specifics are unknown, as David Cross and Amber Tamblyn chose to keep it close to family and friends, a photo was released of the newlyweds dancing closely while their wedding band, Yo La Tengo, performed, according to the Examiner. The pair also chose ?uestlove of The Roots to serve as DJ.

David Cross is best known for his role as Tobias on Arrested Development, which will revive itself with a much-anticipated fourth season set to premiere on Netflix in 2013. Cross also served as the title character in The Increasingly Poor Decisions of Todd Margaret, to which Amber Tamblyn also appeared.

Amber Tamblyn will appear in Quentin Tarintino’s new film, Django Unchained, which comes out Dec. 25. Tamblyn is best known for her roles in The Sisterhood of the Traveling Pants films and Joan of Arcadia.