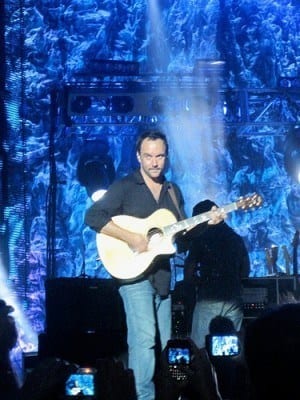 The band took a year off last year, fans have been anticipating this long awaited tour

Dave Matthews Band has taken to the road again after taking 2011 off.  The band announced their North American tour which will begin in Woodlands, Texas in May.  Tickets for the general public for the summer tour are set to go on sale today.  The price of admission can vary from $40 to $75.

Dave Matthews Band, according to the Billboard site, has sold more tickets than any other act, band or singer; selling 11.2 million tickets from 2000-2009.

The latest album from Dave Matthews Band, Big Whiskey and the GrooGrux King, debuted at number one in 2009 on the Billboard 200.  Their last album made them one of two groups ever to have five consecutive albums enter at the top of charts.   Dave Matthews Band has recently gone back into the studio with the man who produced their first three albums, Under the Table and Dreaming Crash, Crash and Before These Crowded Streets, Steve Lillywhite.  The new album will be released later this year.

Dave Matthews Band tour information, tickets and prices can be found at their website.