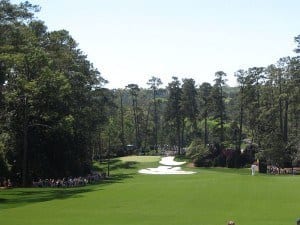 Moore and Rice are the two first females to be offered membership from the 80-year-old golf club.

Darla Moore and former Secretary of State Condoleezza Rice are the first two females to be admitted to the Augusta National Golf Club on Aug. 20. The renowned golf club has been criticized for decades because of its all-male member status.

Both Darla Moore and Condoleezza Rice have accepted the offer, and will join the male members in October, according to the Huffington Post.

Bill Payne, who is currently a chairman for Augusta National, could not be more pleased with the 80-year-old club’s decision to put an end to the sexism debate. “These accomplished women share our passion for the game of golf and both are well known and respected by our membership,” Payne said in a statement.

Although many are excited to see Moore and Rice slip on the Augusta National green jackets, the decision to add female members begs the question—why now?

According to the Huffington Post, a debate over the club’s sexist traditions was made public after Martha Burk, a member of the National Council of Women’s Organizations, urged for change to be made. Despite controversies and pleas on the subject, former club chairman Hootie Johnson did not budge on the subject. This caused controversies, causing the club’s Masters Tournament to lose televised sponsorship.

Condoleezza Rice is well known as the former Secretary of State, but many do not know who Darla Moore, 58, is. Coincidentally, Moore is a longtime friend of Johnson, both having graduated from the University of South Carolina and working together on fundraising campaigns, according to The Wall Street Journal.

Regardless of reason, golfers of the renowned Augusta National Club can be proud of their new and diverse members. “This is a significant and positive time in our club’s history,” Payne said.