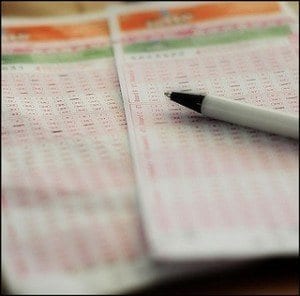 Cyanide poisoning has been ruled as the cause of death of a Chicago-area man who died shortly after winning $1 million in the Ilinois lottery.

Urooj Khan, a resident of West Rogers Park, died after ingesting a lethal dose of cyanide on July 20, just one day after recieving a check for $425,000–the lump-sum of his lottery winnings.

Khan’s death was originally determined to be of natural causes–hardening of the artieries, a common condition caused by fat and cholesterol buildup–but his family urged the medical examiner to conduct a full toxicology test.

“They had concerns that it was deemed a natural cause of death and wanted us to look harder,” Cook Country Medical Examiner Stephen Cina said to NBCChicago.com. “And we did.”

The results of the expanded testing revealed that Khan, 46, had ingested a lethal dose of cyanide, leading police to classify his death as a homicide. Cina told USA Today that police are planning to exhume Khan’s body from Chicago’s Rosehill Cemetary.

Khan came to Chicago from India in the late 1980’s and eventually saved enough money to open the three dry cleaning stores which he operated at his time of death. He was going to invest his lottery winnings into his business, according to NBC News.

According to Cina, cyanide poisoning is an unusual cause of death. “I’ve had one, maybe two cases out of 4,500 autopsies I’ve done,” Cina told the Associated Press.

Cyanide can enter the body through the nose or mouth and carries an extremely bitter taste that alerts victims that they’ve ingested something unusual. But the poison acts so fast, it doesn’t matter.

“A good lethal dose [of cyanide] will take you out in less than five minutes,” Deborah Blum, an expert on poisons, told the Associated Press. “You feel like you’re suffocating.”