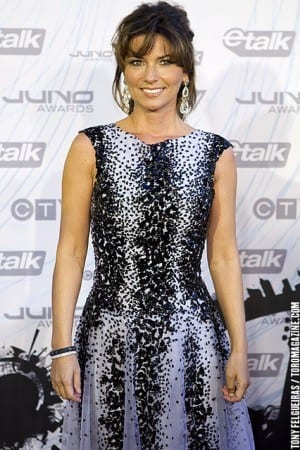 Country queen, Shania Twain shared with Good Morning America that she  is hitting the road for the first time in more than a decade.

The songstress announced that she will be hitting the road for a cross country tour that will make stops in 48 cities. The Rock This Country Tour will make its debut on June 5 in Seattle and run through Aug. 23 where the final run will wrap up in Fresno, California.

Joining Shania Twain on her final tour is Gavin DeGraw who serve as an opening act when he hops on the tour beginning June 10 through the end.

The tour announcement comes following the conclusion of Twain’s residency at Caesars Palace in Las Vegas where she spent two years delivering an elaborate showroom production for fans and visitors.

Following the conclusion of her production and residency at Caesars Palace, ABC aired a TV special entitled, Shania: Still the One From Las Vegas.

“I feel that Las Vegas, the show, was a huge mountain to climb for me. I not only got through it, but I enjoyed it,” she told RollingStone.com

The tour in which she describes as one big after party will feature entirely new production and feature a performance of her career hits such as, “Honey I’m Home” and “Man! I Feel Like a Woman!”

Tickets for most dates of the Rock This Country Tour are scheduled to go on sale on March 13 at 10 a.m. local time with $1 from each ticket sale will go towards the Shania Kids Can Foundation.