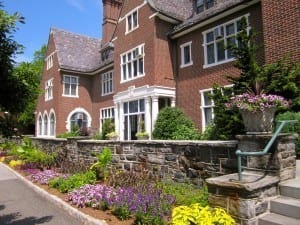 He is an outlier, on the edge of the animal kingdom (NYC), making rounds at the watering hole (like a Starbucks or something), observing but rarely interacting with the other members of said kingdom (people). He is a dark horse. He is majestic, he is wild…

He is an English major.

“Oh, and what do you plan to do with that?” your friend asks, leaning back in his oversized Elizabethan armchair, wiping his monocle with an embroidered and monographed handkerchief while nibbling on finely aged Taleggio as Mozart’s Requiem Mass in D minor plays softly in the background. Ah, yes, does he have you cornered indeed.

I began writing short stories at the age of five, maybe earlier, and it had never occurred to me that as I transitioned out of childhood and into my (now mostly repressed) pre-teen years that I would have the absolute privilege to be saved from the dark art that was the English language. Well, an attempted saving, because it was already too late for me. But as for my public school peers, I watched them soar beyond their wildest dreams, so happy to be told that math and science were all they needed. That words were created so we could talk about numbers.

Creativity is welcomed, if not worshipped, in our toddler years, whether it is in the prodigious pianist who plays Mozart before he knows how to tie his shoes, or the ballerina studying Martha Graham over her multiplications tables. But that window shuts quickly, quietly, without our knowledge and, suddenly, art class is optional. Theatre is lame. And students who write poorly but excel in the sciences or mathematics are forgiven because they have the talents necessary to acquire a “real” job. The reverse is not true. The reverse does not matter.

I do not know why this is and, rather than explore that, I instead would like to address not the hypocrisy of this education model, but the danger of it, of minimizing the power of language and of creativity and of art. An English degree will not guarantee you a bed to sleep on, but it will guarantee that you sleep soundly. To the students of the world who understand language and the power of communication, this skill will be with you. Rather than receive a manual to the world, you will learn how to craft your own. So ignore the teachers or professors who say creativity cannot be taught. They only say so in hopes that we will forgive them for being English professors. But we will never forgive them.

As a playwright I have made the obvious choice to study writing and English. But I am more than a wordsmith—as a playwright, I am an historian, a scientist, a mathematician, a businessman, and so on. The world is without boundaries for someone who wishes to write about it. That’s why I chose to write: there is nothing I cannot learn. So now, with all that being said, please, the next time someone tells you he is an English major…

Assume he will teach. It will make all our lives a little easier.

[easy-social-share buttons="facebook,twitter,google,linkedin,stumbleupon,pinterest" counters=0 hide_names="force" fixedwidth="yes" fixedwidth_px="111"]
Previous ArticleWhy LeBron James’ Return to Cleveland is About More Than BasketballNext ArticleThe issues with modern feminism, and how to fix them.