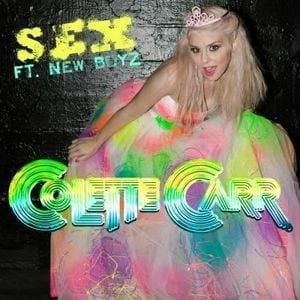 Colette Carr has just released her latest and boldest single, “Sex,” featuring West Coast hip hop duo, New Boyz. The song will appear on her upcoming debut album on Nick Cannon’s Ncredible label (in conjunction with Cherrytree and Interscope), and is available now on iTunes and Amazon.

Colette has been busy touring Canada with her Cherrytree labelmates on the Cherrytree Pop Alternative Tour, and serving as the official spokeswoman in the tour’s video blogs. Be sure to check out Episode 3, featuring interviews and performances by Colette, LMFAO, Far East Movement, Natalia Kills, Frankmusik, Rye Rye, and more.

For more on Colette, including tour dates and videos, visit Colettecarr.com.

You can listen to “Sex” below.

What do you think of Colette Carr? Let us know below in the comments!