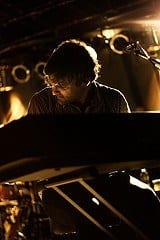 Seven years ago, indie-rock band Cold War Kids released their debut album, Robbers & Cowards. With it came the excitement and hype that inevitably comes when any new band takes the music world by storm. The group, which had not so long ago begun in a small apartment above a restaurant in California, was now a critical success and the darling of the indie genre.

Now, four albums and a few world tours later, Cold War Kids is going back to their roots and trying to recapture the magic of that first album. If early reviews of the band’s latest record are any indication, they have succeeded.

By all indications, Dear Miss Lonelyhearts is the Cold War Kids’ best album since their debut put them on the map.

“If you want to know what it sounds like for a band to go in several different directions at once and actually make that philosophy work for a good chunk of an album, look no further than the fourth studio release from this California rock quartet,” wrote The Boston Globe.

Vocalist Nathan Willett is in top form throughout, and is often the driving force behind any given track. His unique voice—not quite masculine, not quite feminine—is only just another instrument that Cold War Kids have incorporated into their sound with the mastery of a band that has comfortably found their niche in the music world.

But the instrumentation, even more than the vocals, is the aspect of the band that has taken the biggest leap forward.

In other words, the musicians of Cold War Kids have come into their own and they sound like a band that is finally sure of the direction they are taking.

The band has launched a US tour in support of their latest release (Dear Miss Lonelyhearts). That tour comes to The Metro in Chicago on April 6, but check out their performance on Jimmy Kimmel Live on Tuesday, April 2, if you can’t wait until then.