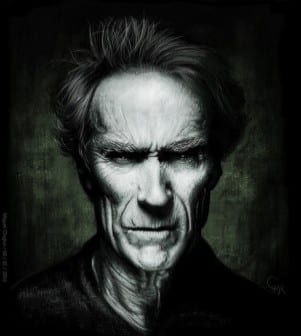 In a long line Hollywood greats to have their lives recorded and dissected for reality TV, Clint Eastwood has agreed to have a show of his own, recording his home life. The show titled Mrs. Eastwood &Co. debuts May 20 on the E! Network.

The channel has ordered 10 episodes, which will follow Clint Eastwood’s wife Dina and two daughters, 18-year-old Francesca and 15-year-old Morgan in both Los Angeles and Carmel California. Clint Eastwood had previously served as mayor of Carmel for two years, where he was paid $200 a month.

The show will have the occasional glimpse of Clint Eastwood, but Yahoo.com reports that the primary focus will be around the promotion of the South African vocal group Overtone, a band that Dina discovered.

Though one has to ask what a reality TV show will do to Clint Eastwood and his tough-as-nails persona.  Similar shows like The Osbournes and Gene’s Family Simmon’s Family Jewels rather demystified the vibrato around the two energetic front men.  Though, other shows like Keeping up with the Kardashians helped turn the sister duo into tabloid starts, launching clothing, perfume and jewelry lines. It’s hard to imagine Dirty Harry lounging around the house though and paying bills.

“I’m really proud of my family,” Clint Eastwood stated. “They are a constant source of inspiration and entertainment.”