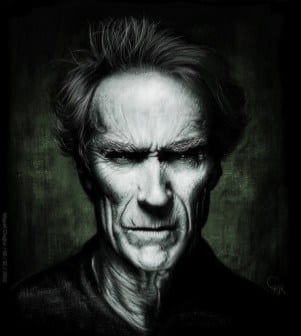 Clint Eastwood and his family have made a deal with the E! Network to star in their own reality TV show. Mrs. Eastwood & Co. will debut May 20.

Ten episodes of Clint Eastwood, his wife Dina and two daughter, Francesca and Morgan have been ordered by E!. The show will follow the Eastwood family in both Los Angeles and Carmel, California, Clint Eastwood served as mayor in the later for two years.

E! promises to have the occasional glimpse of Clint Eastwood  -or else why would anyone care to watch- but the primary focus to the series will be around Dina Eastwood and the promotion of the South African vocal group, Overtone, that she discovered.

One has to ask if a reality TV show will lessen Clint Eastwood and his take-no-prisoners attitude. Shows like former Black Sabbath front-man Ozzy Osbourne’s The Osbournes and Kiss’s Gene Simmons’ Simmons Family Jewels were mediocre at best. And, in the case of The Osbournes, their reality show simply aired their private problems publicly. Though, other shows family-based reality shows like Keeping up with the Kardashians helped launch careers and have led to spin-offs. However, it’s hard to imagine “The Duke” lounging around the house. Maybe he asks his daughters, “Do you feel lucky,” when he is about to open their school report cards.

“I’m really proud of my family,” Clint Eastwood also said. “They are a constant source of inspiration and entertainment.”