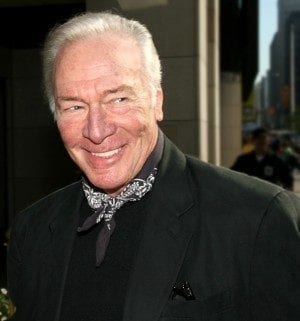 Christopher Plummer took home a globe for his supporting role in “Beginners”, as a father who comes out as gay to his son Oliver following the death of his wife.

Brit Idris Elba won for best actor in a mini-series or TV movie for his role in BBC crime drama “Luther”, and the British period drama “Downtown Abbey” won for best mini-series.

Kelsey Grammer took home the globe for best actor in a TV series drama for his role in “Boss.”, and later announced that he and his new wife Kayte Walsh Grammer are expecting twins.

A full list of winners can be seen at gossipcop.com.