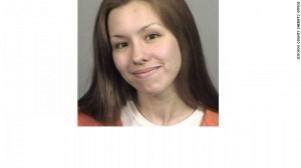 As the details of Jodi Arias’ violent crime scene emerged in the courtroom, the story was broadcast live. Spectators traveled, from all over the country, to Phoenix, in the middle of the night to get a hot-seat in the courtroom, hoping to catch a glimpse of what had become to many, a dramatic reality show. They came for the trial of Ms. Arias, whose boyfriend, Travis Alexander, 30, was found dead in the shower of his Mesa, Ariz., home in June 2008. Details emerged that he had been shot in the head and stabbed almost 30 times, and his throat cut.

For nearly seven years, the legal battle for Jodi Arias continued and it has ended Monday as a judge sentenced Arias to life in prison, for killing her ex-boyfriend, and the victim’s sisters openly expressed their pain over the 2008 murder. Before the sentence was finally handed down, Arias gave a rambling statement in which she stood by her original testimony and accused the police and the prosecutors of changing their stories during the ongoing investigation. Arias said she was sorry for the pain that she had caused Travis Alexander’s family and loved ones. Arias, wearing striped prison black and white, looked away from the victim’s sisters as they spoke to the judge, but she looked at her own mother as she pleaded for the judicial system’s leniency.

Eleven jurors voted for the death penalty, while one juror spared the accused’s life, by insisting that she be sentenced to life in prison. Three of Travis Alexander’s sisters urged the Judge, Sherry Stephens, to impose the most extreme penalty available against Arias. They described Arias as “unrepentant” and “evil” and they lashed out at her. As Arias was leaving the courtroom, Alexander’s younger sister, Tanisha Sorenson, said loudly, “Burn in hell,” prompting her sister to try to quiet her down.

Now, Arias will begin serving her life sentence in a maximum-security prison, 30 miles west of downtown Phoenix. If prison officials eventually deem her behavior as good, over time, she could be moved to lower-security units.