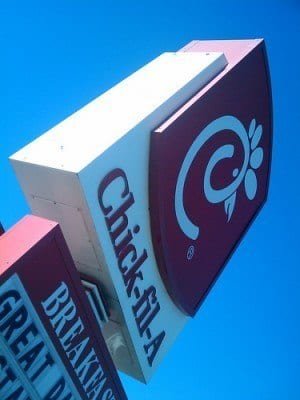 Chick-fil-A has agreed to cease funding anti-same-sex marriage groups, according to a statement released by The Civil Rights Agenda, an LGBT advocacy group.

Chick-fil-A sparked controversy this summer after Chief Operating Officer Dan Cathy’s remarks regarding same-sex marriage, that the fast-food chain’s company policy was to support “the biblical definition of the family unit.” Cathy also stated in his views on same-sex marriage that “God’s judgement has the audacity to define what marriage is about.”

Chicago Alderman Joe Moreno even called for a blocking of the fast-food chain from opening within city limits because of the franchise’s anti-gay views. Moreno has since accepted the food franchise’s requests to open stores in Chicago after Chick-fil-A’s statement that it would no longer endorse anti-same-sex campaigns.

In an emailed statement to NCB News, Chick-fil-A wrote: “Going forward, our intent is to leave the policy debate over same-sex marriage to the government and political arena.”