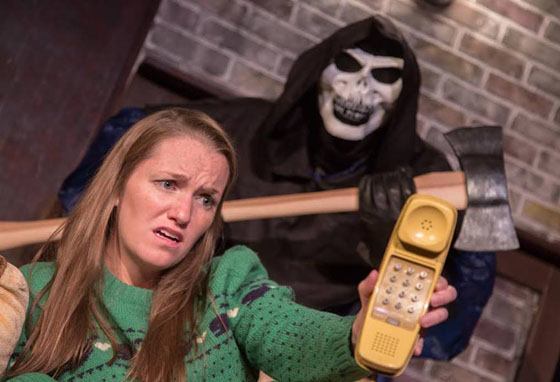 As a big theater fan and an even bigger horror fan, when these two genres collide I get a kind of giddiness that only the fusion of these two things can bring about. So, you can imagine my delight when I heard The Public House Theater in Chicago would be filling up their October schedule with showings of Babysitter Massacre ’78 The Musical. This horror-musical is the mastermind of Ricky W Glore, who previously brought us the genius shows A Nightmare On Backstreet: A Boy Band Musical Parody and Bates: An 80’s Musical Parody.

The horror musical will follow a story with 6 unlucky teenagers on New Years Eve night in 1978 when they find out a psycho-murderer is right inside of their home! Will they all die a violent death or is one of them to blame? Who knows! In the same vein as horror-musicals like “Evil Dead: The Musical”, this production will be the perfect way to get into the Halloween spirit.

Tickets are on sale now and Babysitter Massacre ’78 will be shown on Thursdays at 8pm and Fridays and Saturdays at 10pm.  Buy the tickets here and check out the bloody musical at The Public House Theater on 3914 N. Clark.