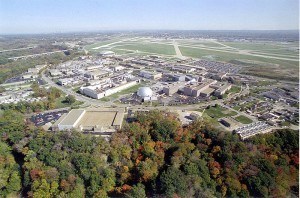 Chardon High School experienced a tragic shooting this Monday morning. A gunman opened fire inside the high school’s cafeteria early in the school day, killing one student and wounding four others before being caught a short distance away officials said. A suspect is in custody.

The Chardon High School shooting was reported at around 7:30 a.m. according to Civil Deputy Erin Knife of the Geauga County Sheriff’s Office.

News footage showed ambulances outside of the school building and anxious parents escorting children away from the school.

The gunman was described by 15-year-old Danny Komertz as an outcast who had apparently been bullied. The FBI would not release the name of the suspect because he is a juvenile. He was arrested near his car a half-mile away, the FBI said. He was not immediately charged.

The slain student, Daniel Parmertor, was an aspiring computer technician. A teacher at the Auburn Career School had no idea why Parmertor, “a very good young man, very quiet,” had been targeted, said Auburn superintendent Maggie Lynch.

“We are shocked by this senseless tragedy,” his family said in a statement. “Danny was a bright young boy who had a bright future ahead of him.”

Two of the wounded were listed in critical condition, and another was in serious condition. Ellen Ondrey, Chardon schools spokeswoman, told The Associated Press. “Our thoughts and prayers go out to [the students]. We are very concerned.”

Police Chief, Tim McKenna said, “[Authorities] have a lot of homework to do yet” in their investigation.